What is the Difference between an Integrated Circuit and a Chip 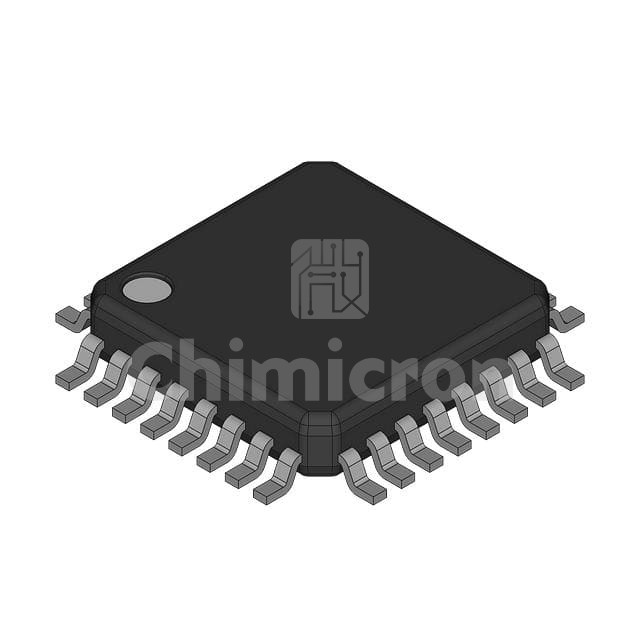 Ⅰ. What is an integrated circuit

A tiny electronic gadget or part is called an integrated circuit. It has become a microstructure with the necessary circuit functions; all components are constructed as a whole, making electronic components a big step towards miniaturization, low power consumption, and intelligence. The transistors, resistors, capacitors, inductors, and other components and wirings required in the circuit are connected to each other by a certain process, fabricated on one or several small semiconductor wafers or dielectric substrates, and then packaged in a package.

In the circuit, it is denoted by the letters "IC." Jack Kilby and Robert Noyth are credited with creating integrated circuits based on silicon (Si) and germanium (Ge), respectively. The majority of semiconductor industry applications nowadays are silicon-based integrated circuits.

A novel class of semiconductor device known as the integrated circuit was created in the late 1950s and early 1960s. It combines semiconductors, resistors, capacitors, and other parts necessary to create circuits with specific purposes, along with the connecting lines between them, into a tiny Silicon on a Chip, and then solders the electronics housed in the package. Its packing shell comes in a variety of shapes, including round, flat, and double-row.

Chip manufacturing technology and design technology are both components of integrated circuits, and they are primarily represented by processing tools, packaging and testing techniques, mass production techniques, and design innovation capacities.

Ⅱ. What is a chip

The general term "chip" refers to semiconductor products and components. It serves as the wafer-sized integrated circuit's (IC) carrier. Integrated circuits are found in silicon chips, which are incredibly tiny silicon components. A computer or other electrical equipment contains it.

Ⅲ. The difference between integrated circuits and chips

More circuitry can fit on chips. In accordance with Moore's Law, which states that the number of transistors in integrated circuits doubles every 1.5 years, this increases capacity per unit area, which can lower cost and boost functionality.

The construction of the integrated circuit unifies all of the component parts into a single unit, which significantly advances the miniaturization, low power consumption, intelligence, and high reliability of electronic components. On a pea-sized piece of material, ICs can house hundreds of thousands of discrete transistors. That many vacuum tubes would be overly expensive and cumbersome. The development of the integrated circuit paved the way for information age technology.

Today, ICs are utilized in a huge range of industries, including automobiles, toasters, and amusement park rides. Nearly all electronic gadgets employ integrated circuits, which have completely changed the industry. Modern computer processors and microcontrollers, which are compact and inexpensive ICs, have made computers, mobile phones, and other digital home gadgets essential components of contemporary civilization.

Chips, which are frequently manufactured on the surface of semiconductor wafers, are a technique of miniaturizing circuits (mostly semiconductor devices, but also passive components, etc.). The Dual In-Line Package, or DIP, is the most widespread standard used by practically all chip makers. This designates a rectangular package with pins spaced apart by a multiple of 0.1 inches and 2.54 mm (0.1 in) between consecutive rows. Therefore, many chips can be assembled on a board and kept perfectly aligned using a standard "grid" of 0.1"x0.1" pitch. A few somewhat bigger DIP packages were able to accommodate higher numbers of up to 40 pins with the introduction of MSI and LSI chips, including several early CPUs, although the DIP standard didn't actually change.

A compact electronic component or gadget is called an integrated circuit. For simple handling and assembly onto printed circuit boards as well as to safeguard the device from harm, integrated circuits are placed in protective packages. There are many distinct kinds of packets.

Specific package types are registered with business organizations like JEDEC and ProElectron and have standardized dimensions and tolerances. Other categories are proper names, which might only be produced by one or two producers. The final step before testing and shipping the finished product to the customer is IC packaging.

It is occasionally possible to connect specially produced integrated circuit dies directly to substrates without the use of intermediary connections or carriers. In a flip-chip system, solder bumps are used to link the IC to the substrate. The metallization pads that are utilized in conventional chips for wire bond connections are thicker and extended in beam wire technology to enable external connections to the circuit. The device is protected from moisture by extra packaging or epoxy fill in components that employ "bare" chips.

The contact terminals (pins) of the circuit protrude from the body of the integrated circuit (IC), which is housed in a sturdy housing made of an insulating material with good heat conductivity. Different IC package types can be utilized depending on the pin configuration. Dual In-Line Package (DIP), Plastic Quad Flat Package (PQFP), and Flip Chip Ball Grid Array (FCBGA) are examples of package types.

Transistors, resistors, capacitors, and inductors, among others, are interconnected using a specific procedure in integrated circuits, which are created on one or more tiny semiconductor wafers or dielectric substrates and then packaged inside a tube. The fabrication of the chip begins with a single crystal silicon wafer (or III-V group material, such as gallium arsenide), which is then used as the base layer. Lithography, doping, CMP, and other technologies are then used to create MOSFET or BJT and other components, and thin film and CMP technology are then used to create wires, completing the chip.

Vacuum tubes were utilized to implement logic gates and switches in all computer devices prior to the development of integrated circuits (ICs). In essence, vacuum tubes are fairly massive, high-power equipment. The discrete circuit components need to be manually connected, just as in any circuit. These effects lead to fairly massive and pricey gadgets for even the most basic computing functions. Computers five years ago were huge and expensive, and personal computers were a faraway dream.

Samsung to triple production capacity by 2026 amid rising demand